Disney’s portrayal of the Sorcerer’s Apprentice in over his head.

After breaking basic public services, woke elites now aim to collapse economies, calling it the “Just Transition” to net zero energy.  Like the ignorant novice in the fable, these fools are following a magical recipe with no understanding of the uncontrollable consequences.  This post discusses the emerging movement of naïve leaders threatening the livelihoods of their citizens whose trust has been betrayed.

Firstly, Rex Murphy writes at National Post The Trudeau Liberals are coming for your jobs.  Excerpts in italics with my bolds and added images.

From the Instapundit site I find this ever so telling comment. Will anyone deny the obvious truth it contains?

To which we really must add that they (or one particular government I have in mind) cannot manage international airports, passport issuance, legitimate protests, civil service payroll systems, support for their veterans, maintain a sufficient military, a national health-care system (which used to be the pride of the country) inter-provincial relations, and conflict of interest legislation.

To be fair, they are good at handing out contracts to their friends and running up consultancy bills.

And most pertinent to the present moment, this particular government — which the keenest of you will have guessed is the present one in Ottawa — also wants to impose a great restructuring — i.e. the total cancellation — of the country’s No. 1 and vital industry, which only has the third highest reserves in the entire world — energy.

And replace that great and successful resource with what amounts to
a million helicopter blades on very high metal sticks.
In Liberalese this is called the “just transition.”

On a related matter, one might ask from where could such a crazy idea emerge? Why from the great Alpine closet of Davos and its hive of globalist billionaires, celebrities and unmoored politicians, the great World Economic Forum — Davos the Swiss Bethlehem of the Great Reset.  [Note: Many of the Davos crowd inherited or married into wealth (John Kerry, for example), so lack worldly knowledge of building an actual enterprise trusted to provide quality goods or services to paying customers.]

Slacker that I am, I was unaware till very recently that our very own No. 1 Trudeau cabinet star, Chrystia Freeland occupies a key seat on the board of the world’s most presumptuous, paternalistic and cosmically pretentious institution. No less a reporter than the doughty Rupa Subramanya, who graces these very pages, two years ago gave a full report on Freeland’s pupation from reporter on the Davos crowd to one of its highest eminences.

It is a delicious account. Rupa quotes Freeland: “After my book, Plutocrats, was published in 2012, I was even — and I know this will shock you — disinvited to a Davos dinner party!” And continues: “Indeed, the one-time critic has enjoyed an apotheosis of sorts and since 2019 has sat on the board of trustees of the WEF itself. Other members include Canada’s own Mark Carney, former governor of the Bank of Canada.” 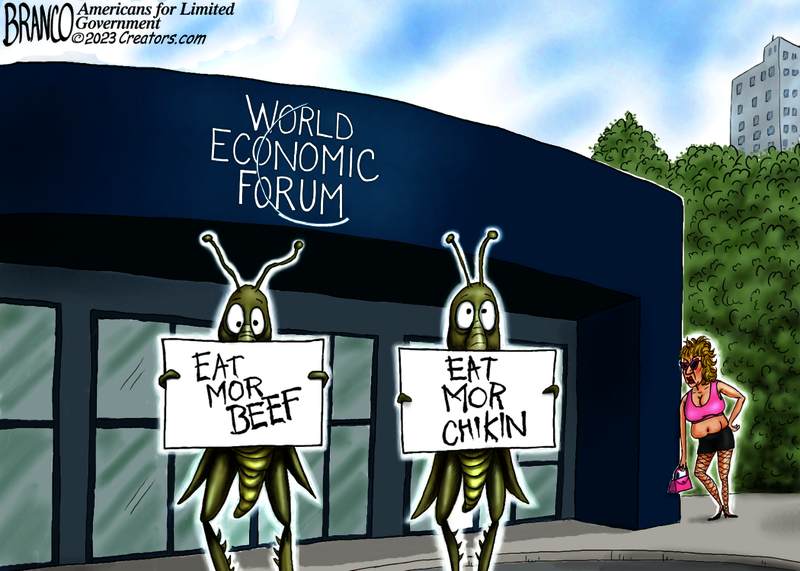 Now, I have no idea of the answer to this question, but should the finance minister of a country also be a top board member of a billionaire-stuffed cabal — even given that it offers the thrill of rubbing shoulders with Al Gore once a year? Or, we could ask, is it fair to Klaus Schwab (insert James Bond villain theme here) and the WEF that Ms. Freeland has to spend so much time on Canadian stuff, that she cannot possibly give her full attention to the Great Reset and WEF’s priority policy of “decarbonization?”

Or, we could ask, when there is a clash between the Canadian agenda
and the WEF agenda, which wins?

On that last one — looking at the maniacal idea of “just transition” as it’s playing out in Canada, I’d say the WEF is getting good value. But I’m a neutralist on these questions? What does Justin Trudeau think? Is this a case of upper-class moonlighting?

Finally, I wish to cite Toronto Sun editor emeritus, Lorrie Goldstein, the North Star of global warming reportage. He has what I think is called a “twitter thread” (in future, I will consult my nephew on the strange nomenclature of this internet) on the “just transition” aka, the “great disruption.” Space allow only one quote, but the rest I’m told is easily found:

“The value of the controversy over Trudeau’s ‘Just Transition Plan’ broken by Blacklock’s is that it ends the myth only oil, gas & coal workers will be impacted by his green energy plan: In fact, 7 major sectors of the economy could face ‘significant’ disruptions in employment.”

New Zealand Leads in the Suffering

Could this be why PM Ardern has “emptied her tank” and resigning?  :  Jacinda Ardern was the international poster girl for ‘kindly’ authoritarianism.

“This global chorus of praise is a fitting send-off. Ardern is in many ways an archetypal leader of our age, in which politicians draw just as much legitimacy, if not more, from the warm feeling they give international elites than what it is they actually do and achieve for their domestic population. Indeed, her cheerleaders don’t even bother to look into those things. If they did, they’d see why Ardern is beating a hasty retreat. She leaves office amid a painful cost-of-living crisis and spiralling crime rates.”

Scotland Raises the Bar for Absurdity

Suppose that Scotland’s CO2 emissions fell tomorrow to zero, i.e., that, at midnight, the country ceased to exist. Then according to the “Model for the Assessment of Greenhouse Gas Induced Climate Change” (MAGICC), based on the latest IPCC climate models, the reduction in the Earth’s temperature in 2100 would be…undetectable.

Motivated by the moral necessity and urgency of this goal, the Scottish Government is proposing a novel energy policy – its “Energy Strategy and Just Transition Plan”.

This article reviews its major themes and their implications, and considers briefly the probability of success of the Scottish Government implementing it.

“Irreversible impairment of either our energy or financial systems would have a catastrophic impact on the welfare of Scotland’s citizens. Yet few have expressed any desire, much less informed consent, for risk on the scale proposed for such little benefit.

Yet the project, representing a scope of unprecedented scale, cost, pace and technical uncertainty, will be overseen by a Government that is currently struggling to procure two relatively modest ferries for less than the cost that other governments can procure 34 ferries – again, ironically due in large part to cost overruns associated with the attempt to employ novel technologies to reduce CO2 emissions. As evidence of the extent to which the Scottish Government and its advisers have become unmoored from physical reality by the climate catastrophe hypothesis, it’s a document that is fascinating to read, and alarming to contemplate.” 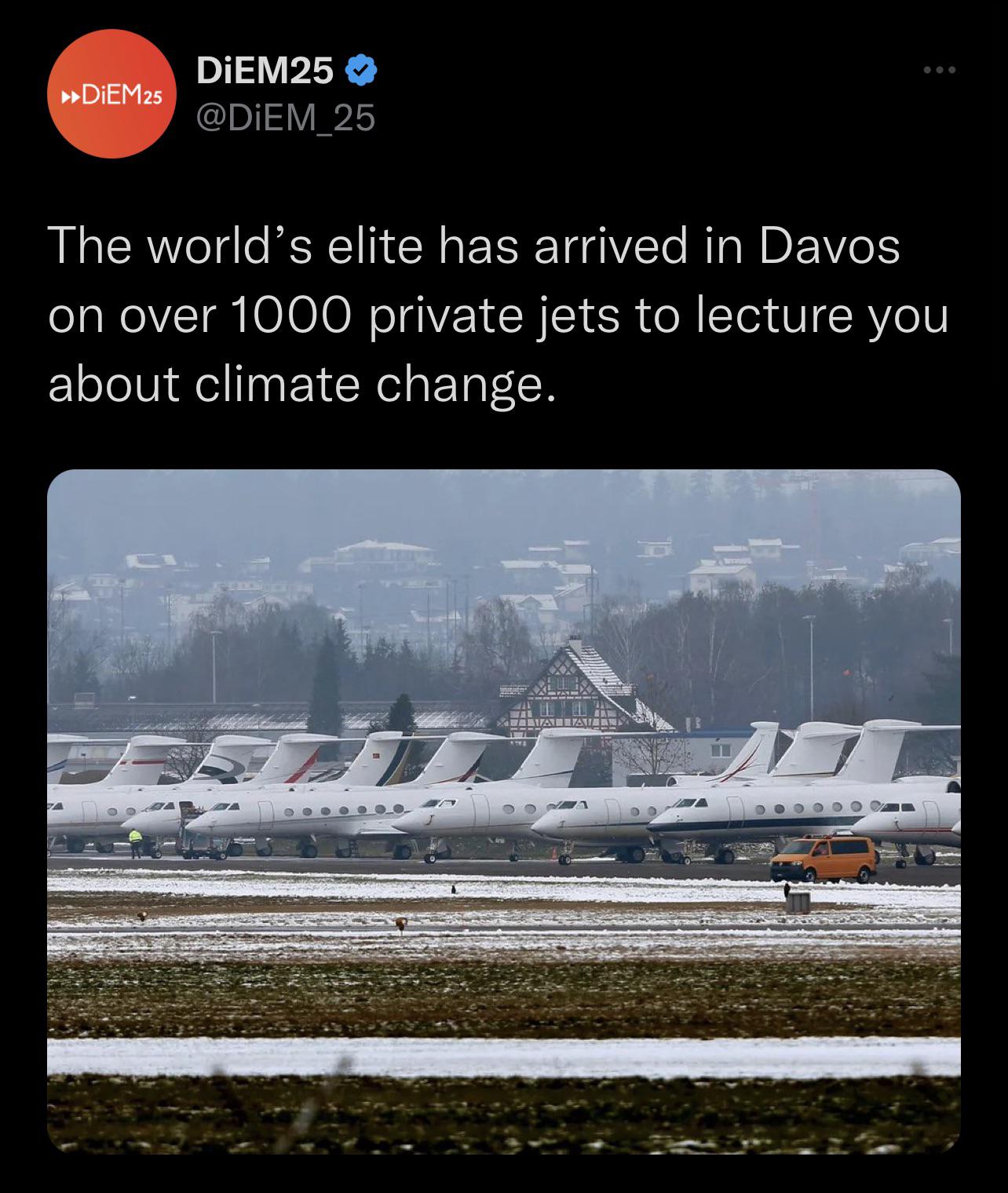